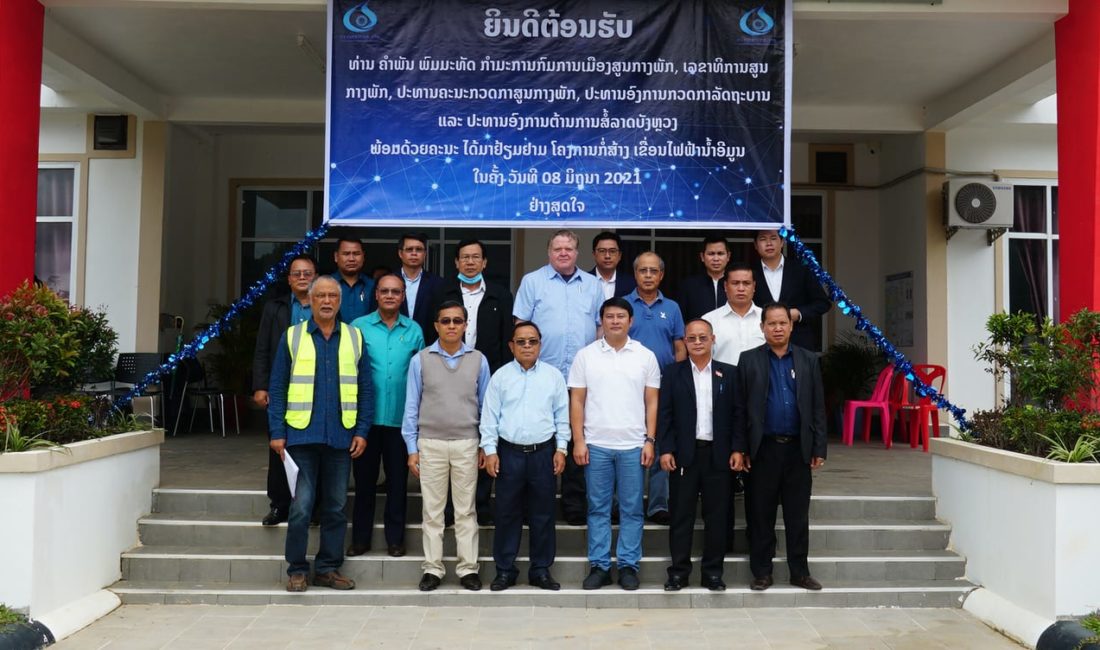 On June 5-13, 2021, Mr. Khamphanh Phommathat, Chairman of the Party Central Committee Inspection Committee, Chairman of the State Inspection Agency, the head of the Central Anti-Corruption Agency, along with his delegation, monitored and supported the implementation of inspections and guidance on the implementation of the resolutions of the 11th Party Congress in Sekong and Attapeu provinces.

On this occasion, Mr. Khamphanh Phommathat was honored to visit the Eamun Hydropower Project in Darkcheung District, Sekong Province, where he was welcomed by Mr. Chanthanome Phommany, Chairman of the Board of Directors of Chaleun sekong Power Co., Ltd. and his delegation 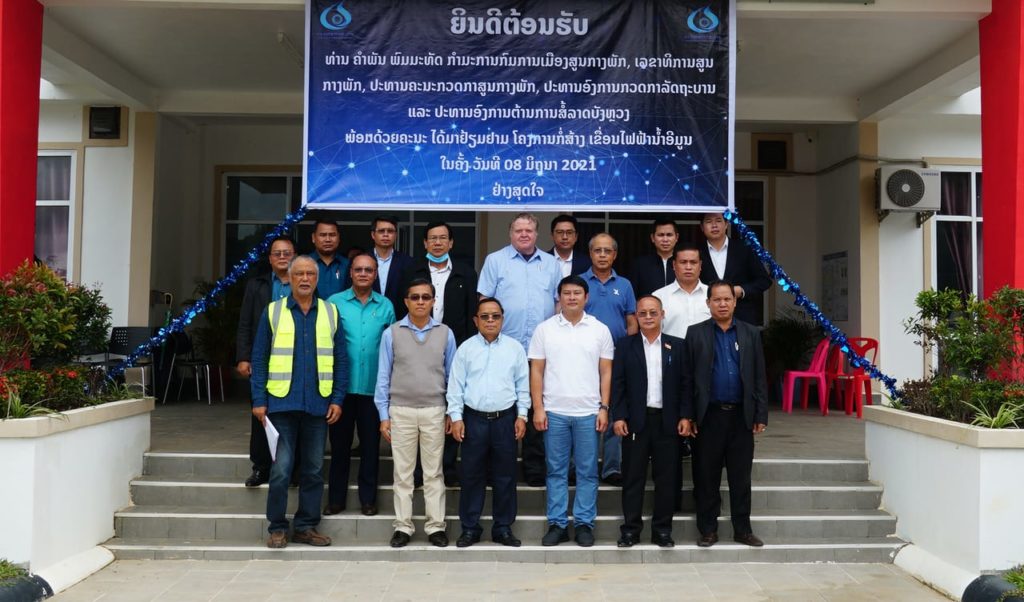 Mr. Peechar Kanthamoon, Vice President of Chaluen Sekong Power Co., Ltd., who is also the Director of Development, Construction and Maintenance Control, gave a brief report on the Emoun Hydropower Project. The Nam Emoun Hydropower Project is a project invested and owned by Chaluen Sekong Power Co., Ltd., which is a Lao private company. Considered a project related to the promotion of energy in the country, socially and environmentally responsible, help improve the lives in the communities around the project. 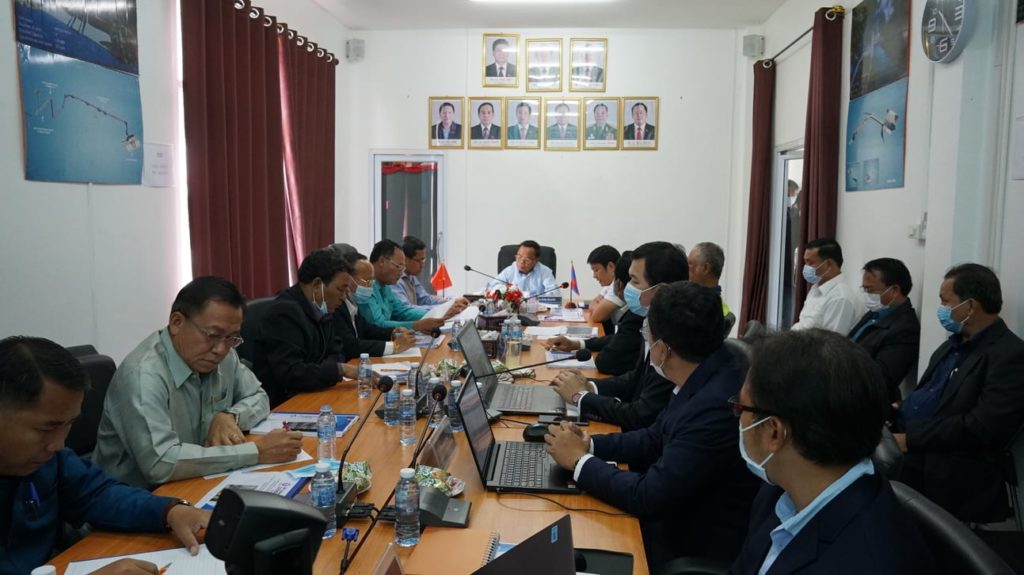 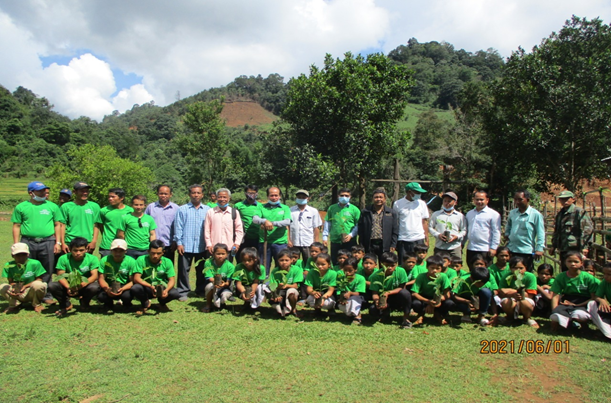 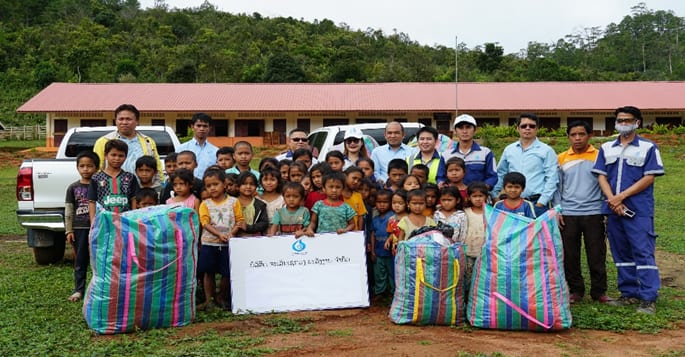 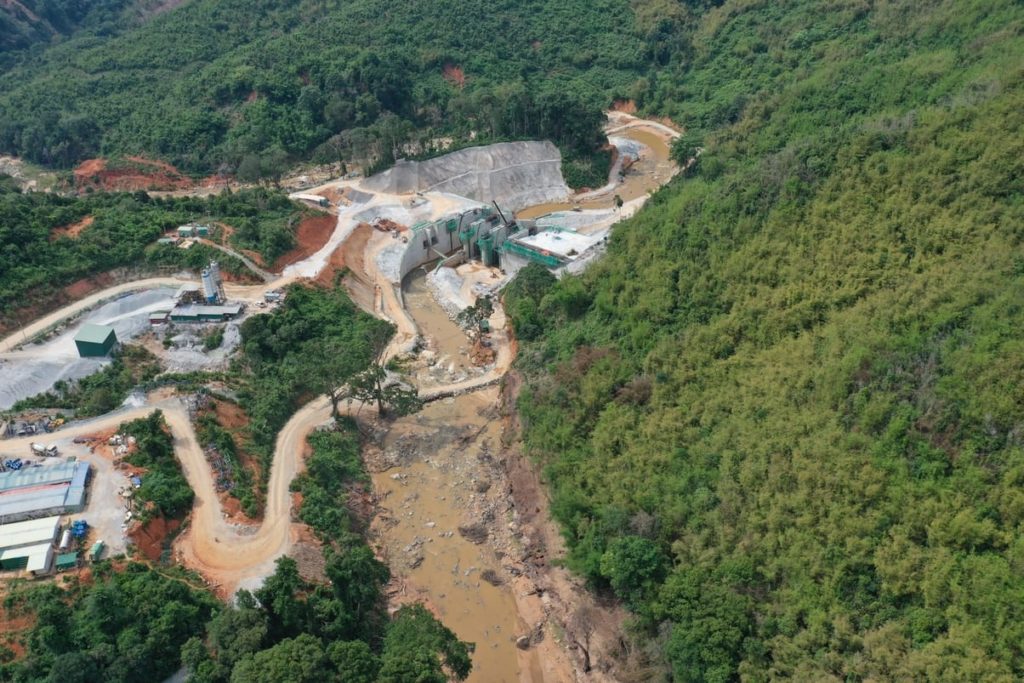 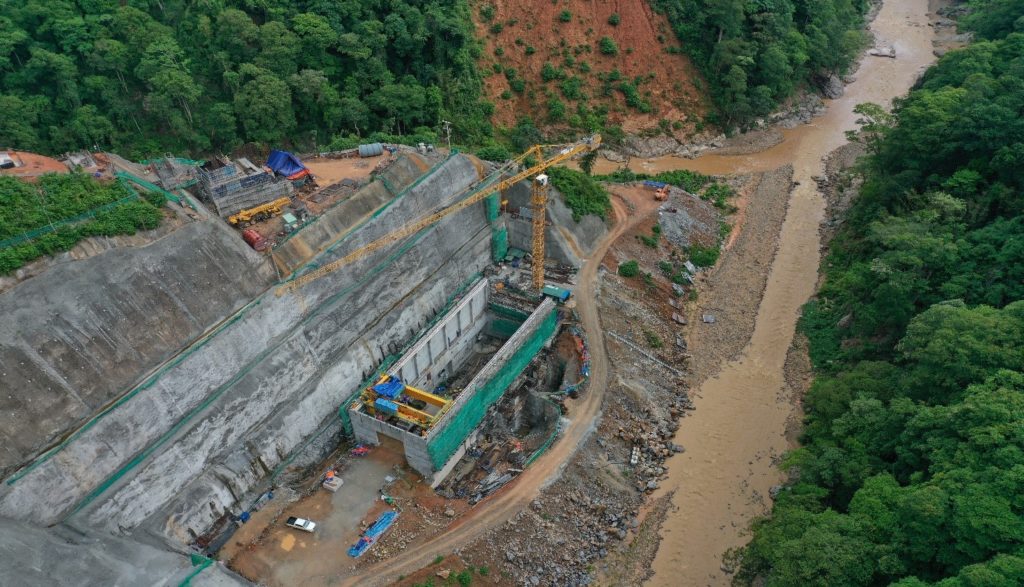 From the beginning of construction in early 2019 until now, the Emoun hydropower project has progressed and completed 70% on average 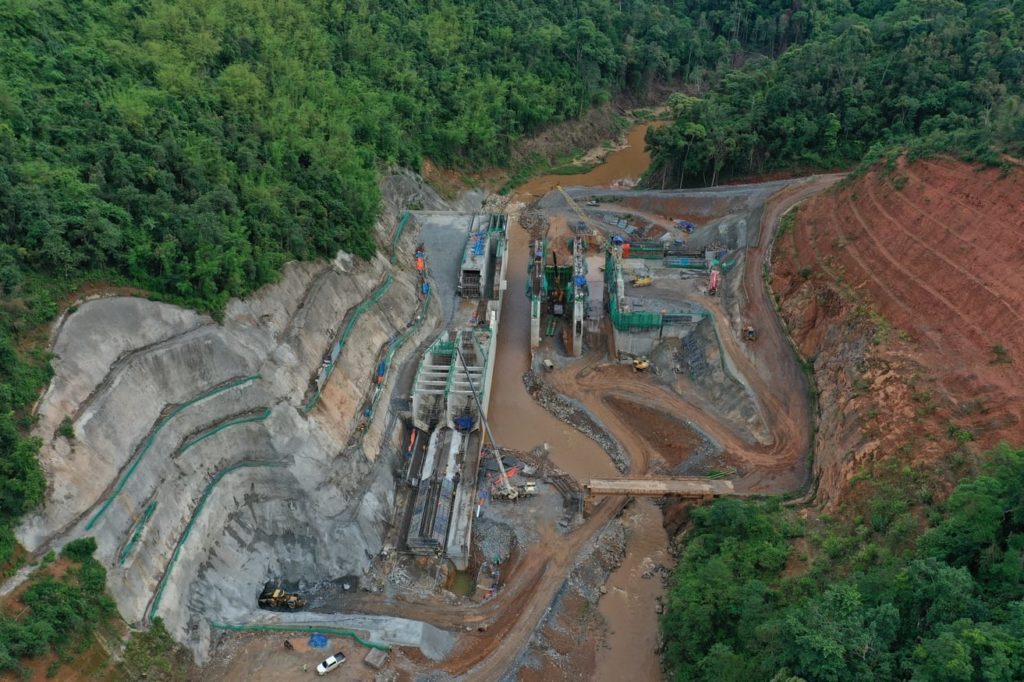 Which has an International Recipient, SongDa-5 Joint Stock Company from Vietnam. Responsible for civil construction work, V0ITH Shanghai Company Ltd. From China. Manufacturer and installer of electromechanical (E&M) And international consultants by: ILF Consulting Engineers (Asia) Ltd. According to the plan, the construction of the Nam Emoun Dam will be completed in July 2022. Considered to be ready to supply electricity to the 220 kV transmission system. From the station with a length of transmission line 51 km to the Laos -Vietnam border to Dark Taok station, all of the power generated will be sold to the Electricity of Vietnam or (EVN). When the project is completed, expected to generate an average of US $ 32 million per year. of that, more than US $ 3 million will be owed to the government per year. all of this will be an important contribution of the company in generating and exporting electricity and currency to the country in line with government policy. 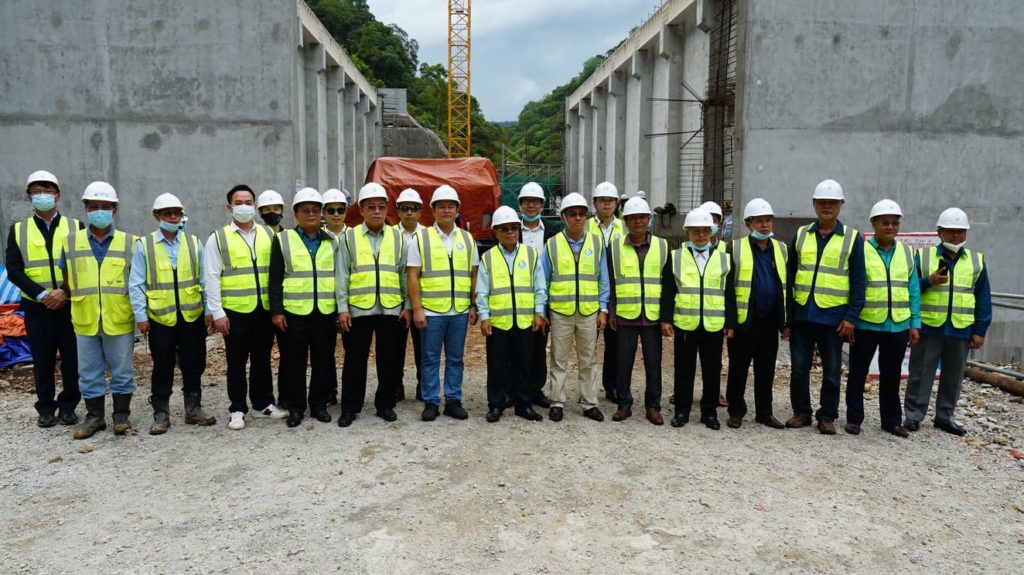 On the occasion of Mr. Khamphanh Phommathat and his delegation on duty in Attapeu province. The next day, He also honor come to visit the Nam Kong 2 and Nam Kong 3 hydropower projects in Phouvong district, Attapeu province of Chaluen Sekong Power Co., Ltd. 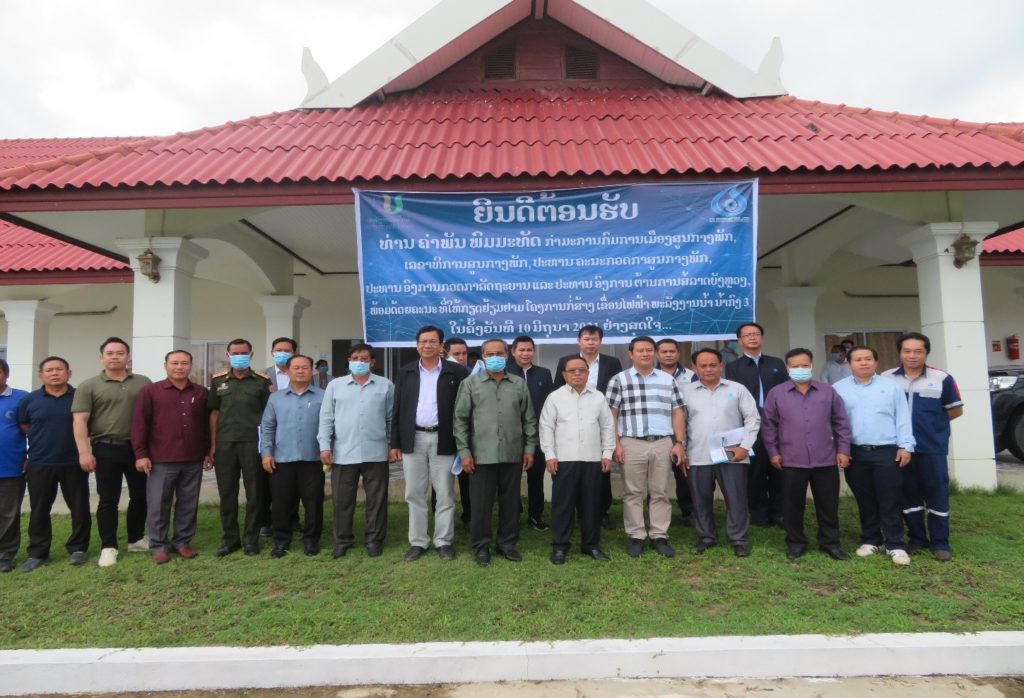 Nam Kong 2 is a concrete dam, with a total installed capacity of 66 MW, the total construction cost is 142 million US dollars. Has a catchment area 10 km2, the average volume of water is more than 1,265 million cubic meters per year. At 288 kilowatt-hours of electricity per year, it generates US $ 18.9 million per year. By selling electricity to the Electricite du Laos (EDL) in July 2018 onwards. 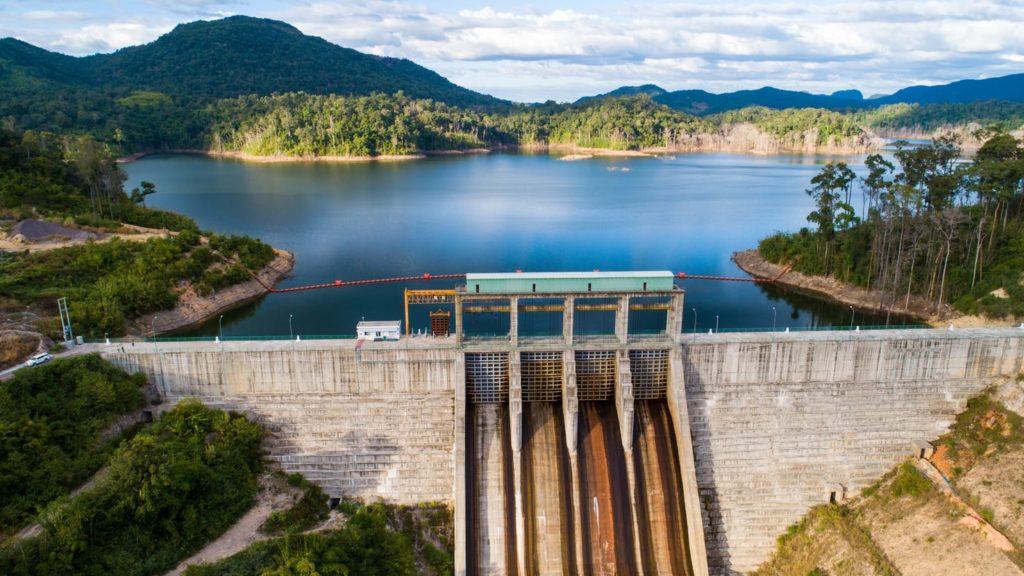 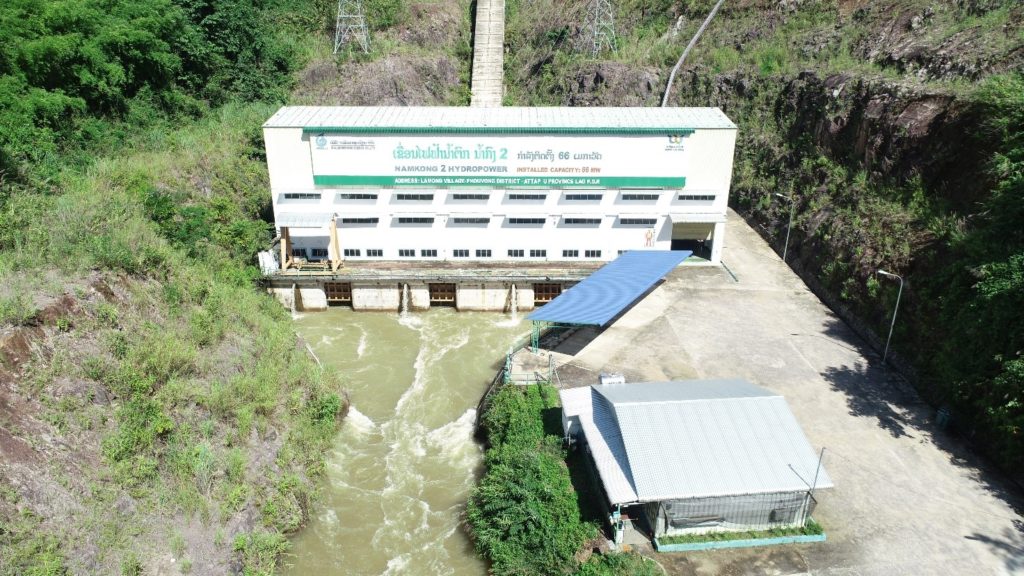 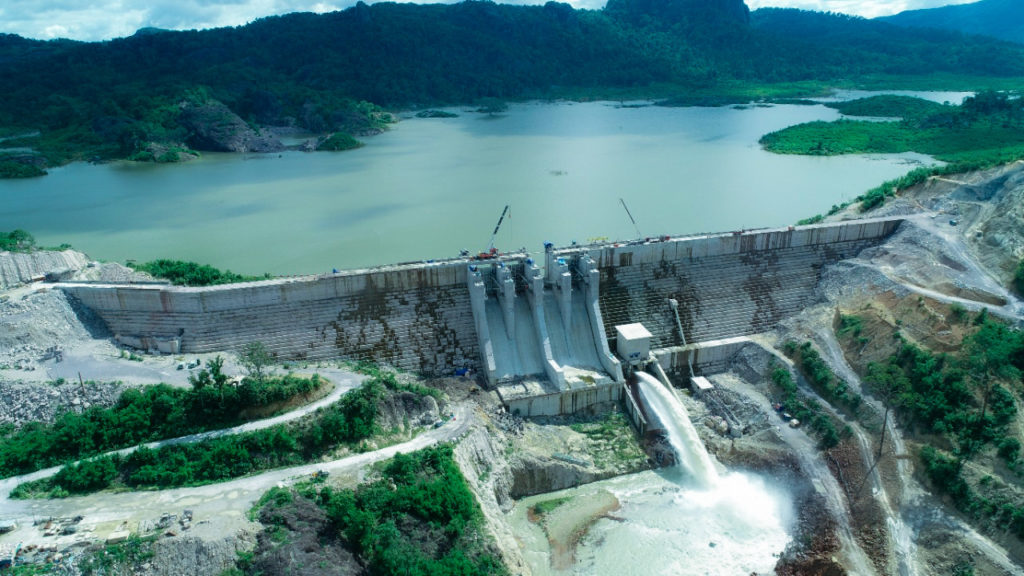 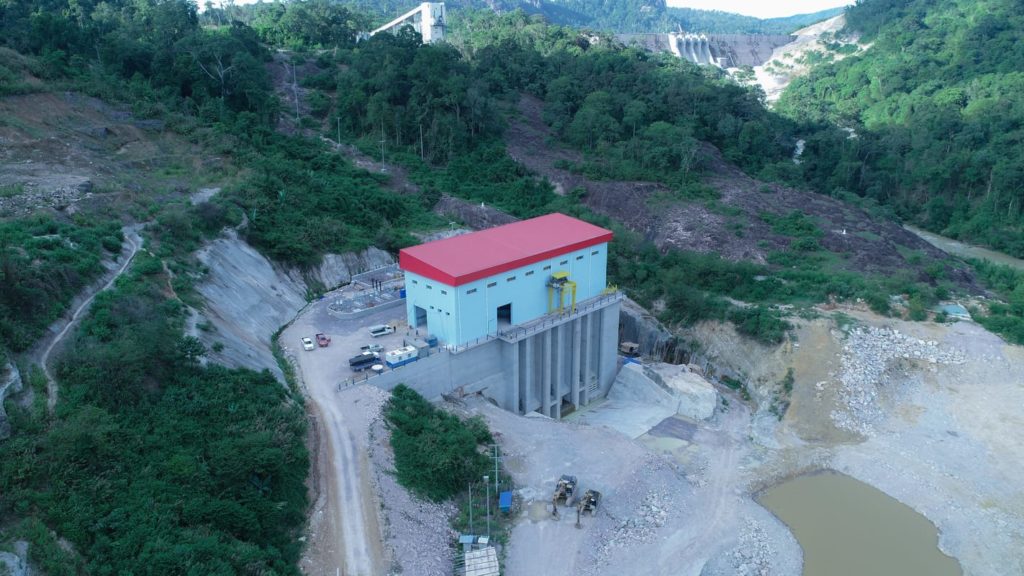 upon completion, the project will be able to generate 209 kilowatt-hours of electricity per year and is expected to generate an average of more than US $ 14 million per year. For all the electricity generated from the Nam Kong 3 project, it will be sent to the station in conjunction with the Nam Kong 2 dam and the voltage from the 115 kV transmission line will be increased to 220 kW.  116-kilometer dual-circuit transmission system connected to the Bo E station, ready to sell electricity to EVN in August 2021. 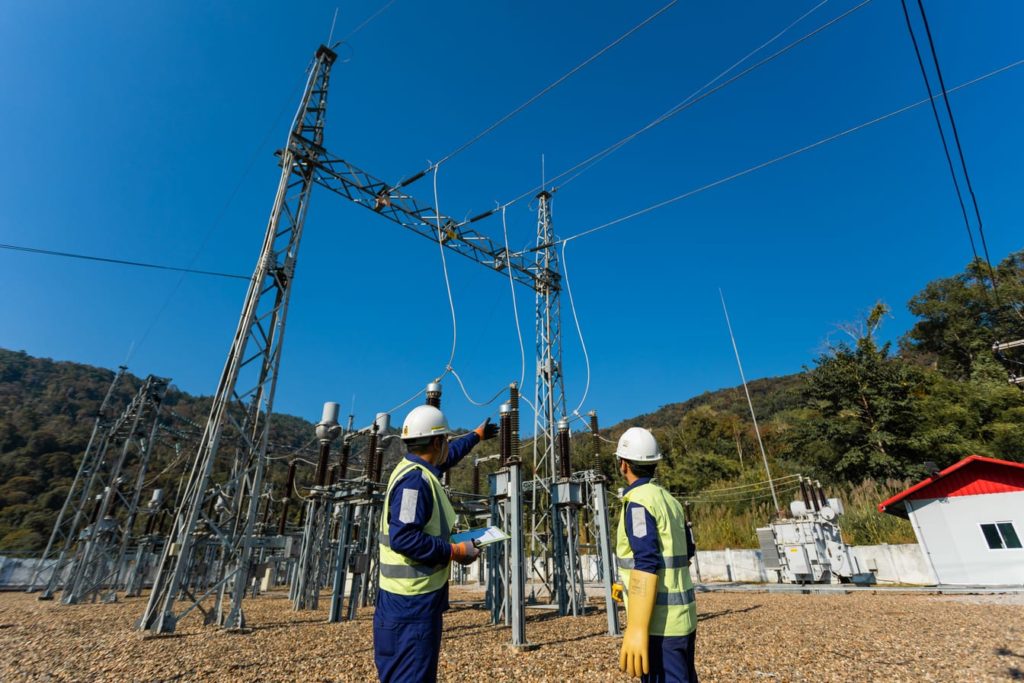 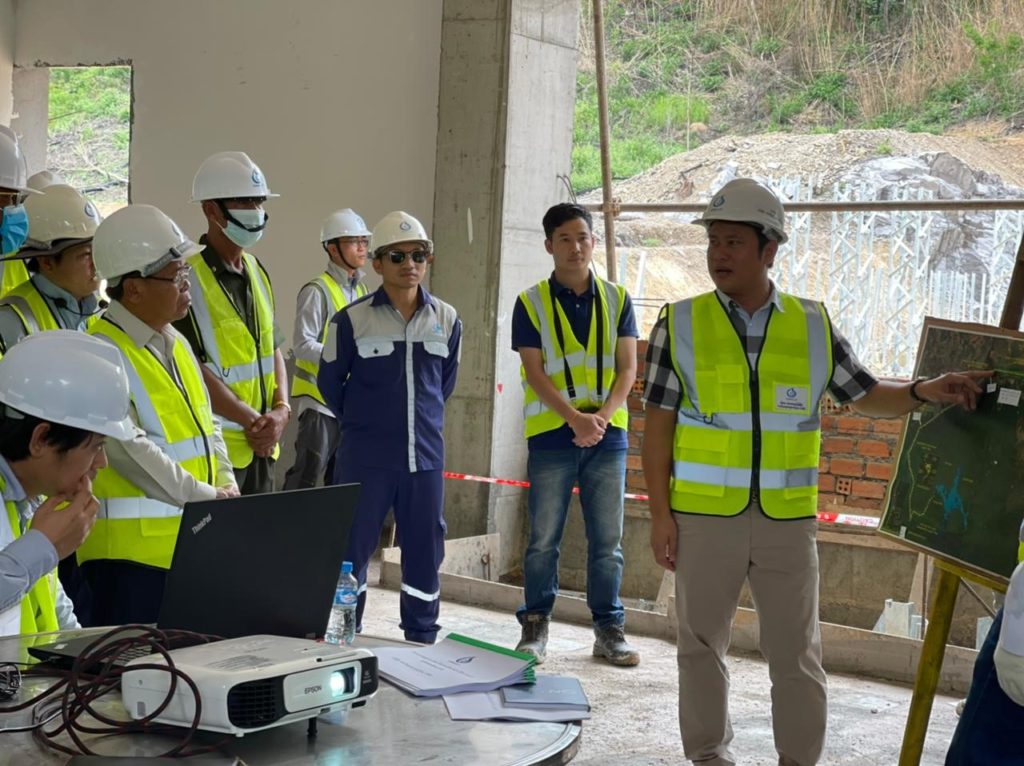 Overall, for all three dam projects of Chaluen Sekong Power Co., Ltd. are projects with a complete power purchase agreement, the company is proud to have made a significant contribution to the production of clean, environmentally friendly energy. Considered a firm contribution of the company to the important direction of the government and to support the growth of the domestic economy in a sustainable manner, with experience, expertise and true development 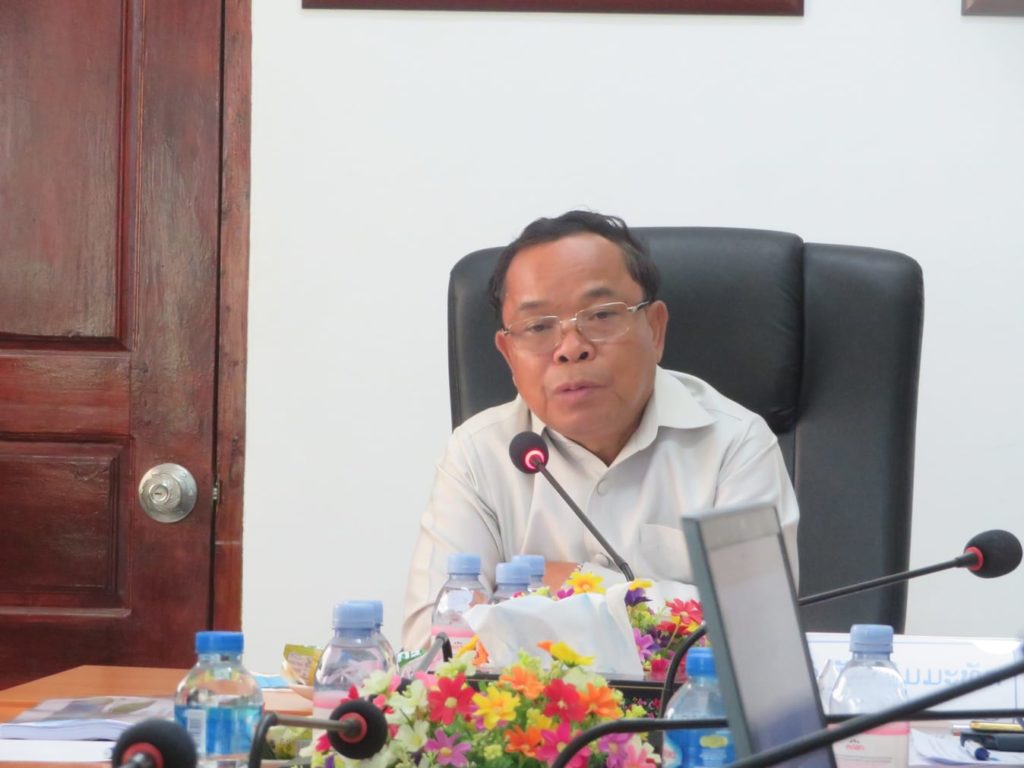 On behalf of the party and the government, Mr. Khamphanh Phommathat also praised the developers for integrating the country’s energy business to the success of each task, emphasizing the technical standards, ensuring security is an important issue, and we believe that the Nam Emoun and Nam Kong 2 and Nam kong 3 hydropower projects will make an important contribution to the development of infrastructure, people’s livelihoods as well as the nation’s socio-economic development plan. 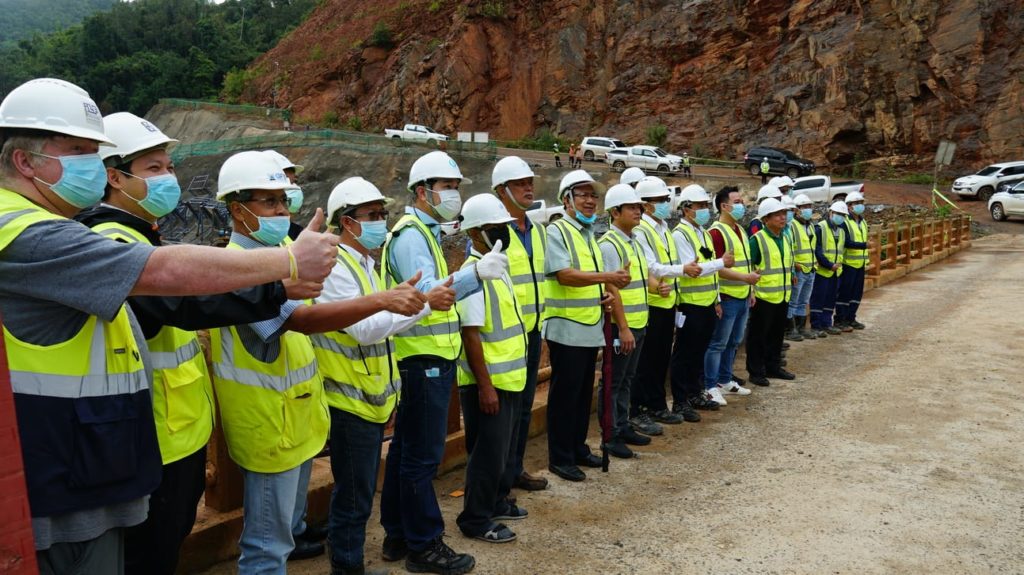 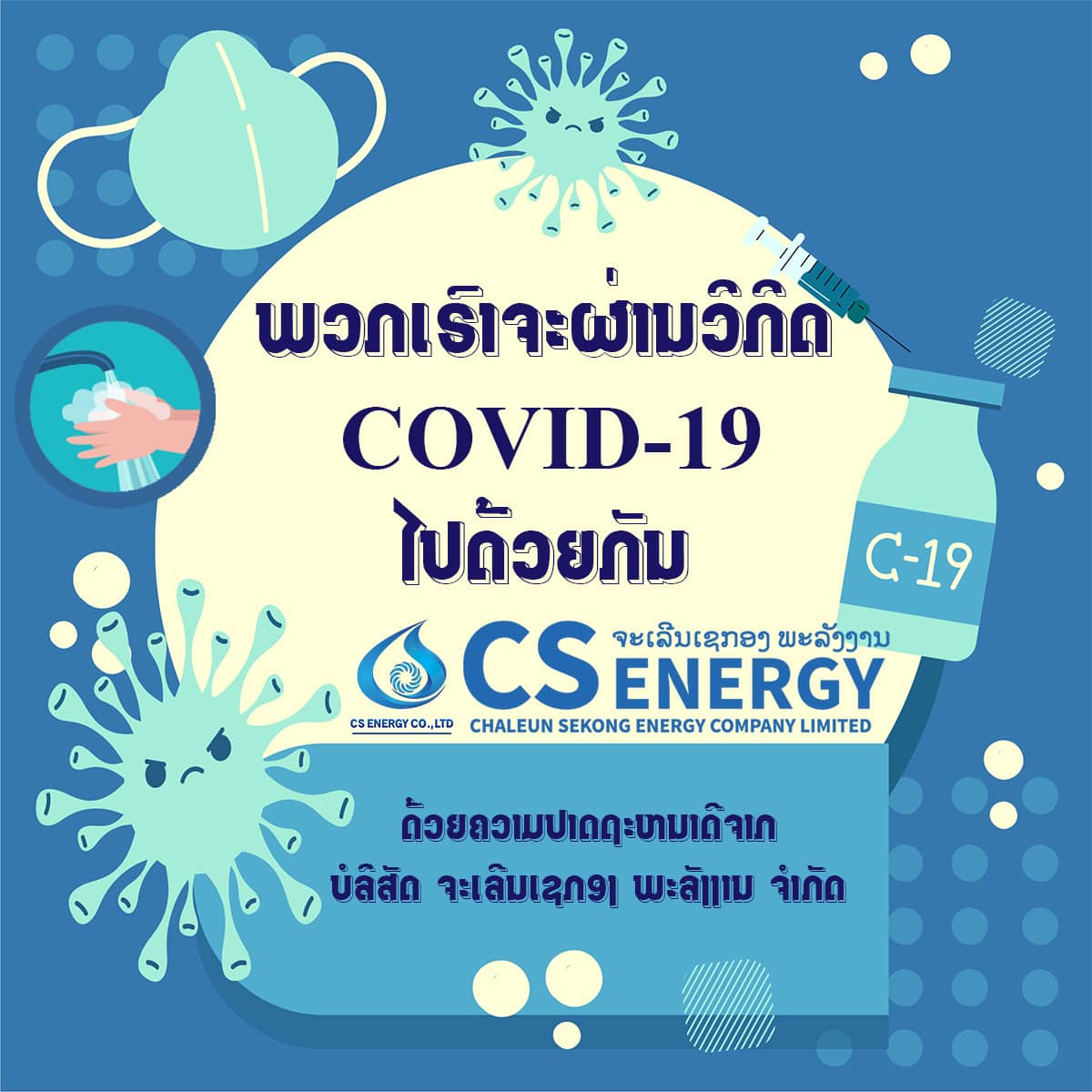